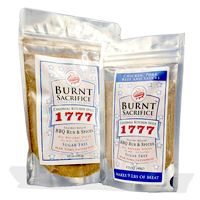 Ever wonder what Benjamin Franklin ate?

The 1777 is the grandmother of all modern rubs and is technically a "Kitchen pepper", which is taken directly from one of the first cookbooks published in America during the Revolutionary War to give you a historically accurate taste of our history. And boy is it tasty!
When you cook with it your kitchen will be filled with a fruity and meaty aroma. It actually will smell like apple pie. And then when you bit into it you are going to be surprised.
It's great on pork, chicken, beef and sprinkle a little in soups, sauces and stews to perk it up.
Sugar Free
Ingredients:
Salt, ginger, black pepper, cloves, cinnamon, allspice, nutmeg. 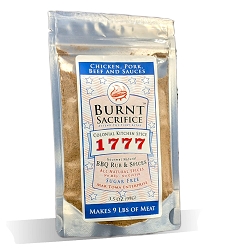 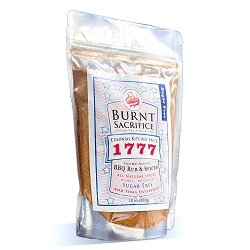 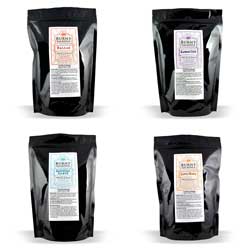 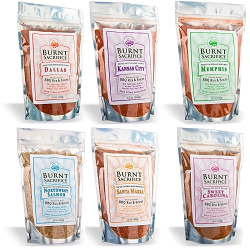 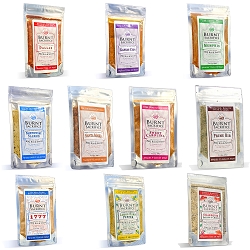