You can make expensive dinner style ham at home in 1 day with our 1777 rub and just a few ingredients without nitrates.

This is a weight based formula so you will need an accurate scale or kitchen scale.

Percentages are of the hams weight.

use Pork Shoulder or Picnic roast or neck meat. The picnic roast is more meaty and it will give you more of a French style ham. A neck roast will be heavily marbled and melt in your mouth. The shoulder will just be good eating. Be sure to pick one with good marbling and a fat cap.

Orange marmalade. The cheap stuff from Walmart works OK. i haven't tried apricot but why not?

Mustard. I have used both yellow mustard and Dijon. Dijon adds a horseradish aspect so you have to like that.

Pre mix the sugar, salt and rub in a bowl and pat it all over the roast. If using liquid smoke mix it in the powder first. Then put it in a bag and pour all the rest of the rub in. Shake it all around and put it in the refrigerator over night. Turn it once if you remember too.

Pro tip: Cant get smoke off your hands? wash your hands with water and baking soda.

When you mix it all up the mix will smell very clovey but that will settle down during cooking. The final taste will be mild but your kitchen will smell like apple pie.

As the pic shows a lot of water will come out. Throw it all out. It will be too salty to make a gravy or a sauce with.  I thought it was going to make a super salty ham when I first did the recipe but the meat will only be lightly salted. The salt is softening the pork and pulling some of the water out. You want that as it chemically is dry aging the pork. 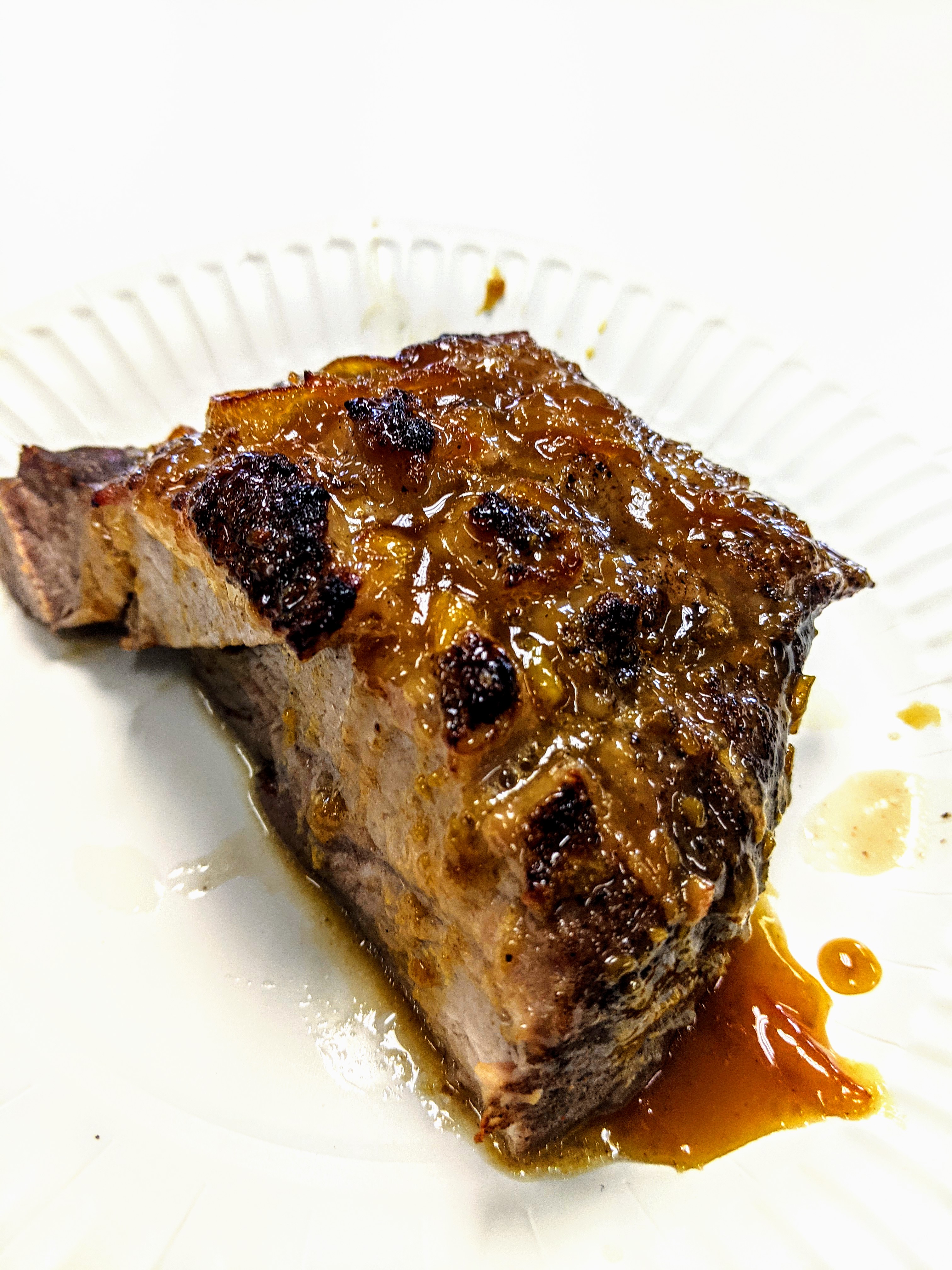 You can caramelize the glaze to get it a little crispy. mine got too close to the broiler but it tasted great

While this is cooling off start making your glaze. Mix it up and either nuke it or heat it up in a pan. Then let cook down. You want it the texture of a thick goo for your glaze. It will thicken a lot as it cools.

Once your ham has cooled down then you can score the fat side with a knife. Get into the flesh about 1/4" and smear some of the glaze on, then either put it in a really hot oven or just put it under the broiler to carnalize a little.

You can do this a few times, and then pull it out to let it cool down. As it cools down it will create a little shell on the meat. While its cooling down on the last run you can put the rest of the glaze on.

The heat will melt the glaze and as it cools down you will get a glossy glaze look like in the magazines.

It might seem that the glaze will be too sweet but it really isn't and will contrast with the spiced ham.

Cut to the chase

Cut across the grain and you will have a nice dinner style ham that will be lightly spiced and lightly salted.

Now you can have a new Christmas Tradition!